The field of energy medicine involving putative energy fields is based on the fundamental premise that all physical objects (bodies) and psychological processes (thoughts, emotions, beliefs and attitudes) are expressions of energy. Therefore, all bodies are believed to be infused with a “subtle” energy or life force. This life force is known by a variety of terms corresponding to different traditions. In traditional Chinese medicine it is called qi (pronounced CHEE), in the Judeo-Christian tradition it is called spirit, and in Ayurvedic medicine it is represented in the doshas.

Acupuncture originated as part of the Traditional Chinese Medical System (TCM), and today is often practiced in the West as a stand-alone energy medicine treatment. This treatment involves the (virtually) painless insertion of very fine needles shallowly into the skin at points all over the body.

These related therapies originated in the medical system developed centuries ago in China called Traditional Chinese Medicine (TCM). These techniques involve the use of meditation, movement and breath regulation to improve or rebalance the flow of vital energy.

Each of these energy medicine techniques involve the movement of a healer’s hands over the patient’s body, sometimes without actually touching the body. The practitioner uses his or her hands to sense imbalances of energy and to strengthen, correct or redirect the subtle energy flow as a means to promoting health by using energy medicine.

Ayurveda is based on the view that everything is composed of five basic elements—space, air, fire, water and earth. In ayurvedic, it is believed that these elements combine to form three different metabolic and energetic body types, called doshas. Treatments are prescribed according to dosha type, and include a combination of diet, exercise (yoga), meditation, herbs, massage, exposure to sun and breathing exercises (pranayama).

Traditional Chinese Medicine (TCM) is one of the world’s oldest medical systems and it is the true forefather of “holistic medicine.” This system is based on the view that health is determined by proper flow and balance of a person’s vital energy, or life force energy, called qi (pronounced CHEE). This life force energy is thought to flow throughout the body along channels called meridians, and it is along these meridians that the points used in acupuncture and acupressure are found.

In therapies involving this subtle energy field, it is believed that health is determined by the overall flow and balance of a person’s vital life force energy. Imbalances or blockages in the natural flow of the subtle energy fields in the body cause illness. Therapies such as acupuncture and acupressure are all believed to act by correcting imbalances in the flow of subtle energy along the meridians, or energy channels. In therapies such as healing touch, Reiki and even prayer, a healer is believed to emit or transmit the vital energy medicine to a recipient as a way to restore health.

There are many well established uses of measurable energy fields in the diagnosis and treatment of disease. Some of these include: magnetic resonance imaging, laser eye correction surgery, cardiac pacemakers, radiation therapy and UV light therapies for psoriasis and seasonal affective disorder. There are also a few less researched therapies that use this type of energy medicine.

Magnetic therapy involves the use of magnets, which are placed on the body to relieve pain. Sound energy therapy (also sometimes known as vibrational therapy) involves using tuning forks to create certain healing sound frequencies that resonate with the body to promote healing. Music therapy is another type of sound energy therapy: listening to music has been shown to lower blood pressure and to reduce pain and anxiety. 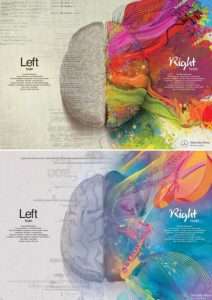 Language functions such as grammar, vocabulary and literal meaning are typically lateralized to the left hemisphere, especially in right-handed individuals, hence Left Brain | Right Brain Advantage.  While language production is left-lateralized in up to 90% of right-handers, it is

Healing by using the frequency of energy balancing by numbers Lloyd Mear often tells the story of the day he had his heart attack while driving in a very remote area of Canada. The nearest hospital was 60 miles away

1 thought on “Types of Energy Medicine”