What Is Kundalini Yoga?

Kundalini Yoga is a blend of Bhakti Yoga (the yogic practice of devotion and chanting), Raja Yoga (the practice of mediation/mental and physical control) and Shakti Yoga, (for the expression of power and energy).

A well-taught Kundalini Yoga class leaves you feeling like you’ve gone to therapy, had an awesome workout in the gym, made it to your yoga mat and enjoyed a fun singing session with friends. The purpose of Kundalini Yoga is to provide a modality by which people can achieve their maximum creative potential, free themselves from Karma (the lasting effects of past actions) and realize their Life Purpose. Experiencing a Kundalini Awakening is like being given the secret code to always winning a blue ribbon, along with a get-out-of-jail-free card, at which point you gleefully fire your Life Coach because now you know more than he does.

Is That a Snake in Your Spine

Or Are You Just Glad to See Me?

To understand how Kundalini works you first have to understand that you have a snake in your spine. The Sanskrit word kundal means “circular.” And it can be a noun for a coiled snake. The feminine kundalī means a ring, bracelet, or coil of rope. This concept was adopted as kundalinī into Hatha yoga in the 15th century and, by the 16th century, was used in the Yoga Upanishads.

So the term Kundalini means “a spiritual energy or life force located at the base of the spine,” which is usually conceptualized as a coiled-up serpent.

The practice of Kundalini Yoga is supposed to arouse the sleeping Kundalini Shakti from its coiled base through the six chakras that reside along the spine, and through the seventh chakra, or crown. Chakras are wheels, or hubs of energy, along which energy or prana, travels like a superhighway to distribute energy throughout the body.

Like a snake being charmed out of a basket by a bansuri, Kundalini weaves and coils, waking up energy and clearing stagnancy along the way. Without the fangs.

These days Kundalini yoga is a synthesis of many traditions, and the kriyas and meditations in Kundalini Yoga are designed to raise complete body awareness to prepare the body, nervous system, and mind to handle the energy of Kundalini Rising. Many of the physical postures are designed to activate the navel, spine, and focal points of pressurization on meridians (energy points). Through breath work (pranayama) and the application of yogic locks of energy (bandhas), the release, direction, and control of the flow of Kundalini energy is achieved.

The technique of alternate nostril breathing (left nostril, right nostril) which is described as a simple breathing technique, is one of these often-utilized techniques. When you’re dealing with a stuffed up nose, there’s nothing simple about breathing out of one nostril. Especially the one plugged up. I’ve found the simplicity comes through first attempting, then practicing. This type of breathwork is taught as a way to cleanse the nadis, or subtle channels and pathways, to help awaken Kundalini energy. Probably the last thing you want to do when you’re congested, but can be quite helpful! 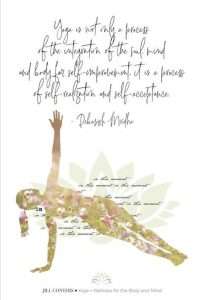 Yoga is not only a rich process

Yoga is not only a process of the integration of the soul, mind and body for self-improvement. It is a process of self-realization and self-acceptance. For another reference, see Kundalini Awakening.   Yoga (/ˈjoʊɡə/; Sanskrit: योग;is a group of physical,

Kundalini (Sanskrit: कुण्डलिनी kuṇḍalinī, pronunciation, “coiled snake “), in Hinduism is a form of divine energy (or shakti) believed to be located at the base of the spine (muladhara) is often called a Kundalini awakening. It is an important concept in Śaiva Tantra, where it is believed to be