Astrology For All by Alan Leo

He was considered the father of modern astrology with Astrology For All.  Alan Leo opened up the secrets of divination by the stars to the general public in the early 20th century with a popular line of astrology manuals that set off a craze for horoscopes that continues to this day. Here, in this replica of the 1910 fourth edition of his essential primer, Leo teaches us. . the basics of astronomy required for an understanding of astrology . the nature and character of the twelve signs of the Zodiac . complete breakdowns of the affect of the Sun and the Moon on each house . what a horoscope is and how to cast one . and more.

The father of modern astrology

His work stimulated a revival of astrology in the Western world after its decline at the end of the 17th century. Leo was a devout theosophist and he worked many of its religious concepts such as karma and reincarnation into his astrology. He used the Theosophical Society’s vast international connections to publish, translate and disseminate his work across Europe and America.

Leo, who took the name of his sun-sign as a pseudonym, is credited with starting the movement towards a more psychologically-oriented horoscope analysis in astrology, being the first astrologer to argue for a loose interpretation of possible trends of experience rather than the specific prediction of events. His influence has been described as marking a ‘turning point’ in horoscope delineation, because, as astrological historian James Holden explains:

Thereafter, what has been more recently called “event-oriented” astrology gradually receded in favor of character analysis and vague descriptions of possible areas of psychological harmony or stress.

In 1890, Leo, invited George R.S. Mead to found an occult lodge in Brixton, South London. Towards the end of his life, in 1909, and again in 1911, Leo travelled with his wife to India where he studied Indian astrology. As a result of his studies in India, he later attempted to incorporate portions of Indian astrology into the western astrological model in Astrology for all.

Leo’s book The Art of Synthesis (1912) was a probable influence on Gustav Holst’s work The Planets. In this book, Leo gave the planets descriptions such as “Mars the Energiser”. His most well-known work, Astrology for all, was a best seller.

In 1915 Leo founded the Astrological Lodge of London.

Source:
Astrology for all 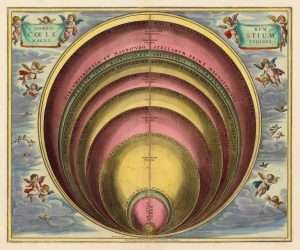 A Vibrant Celestial Atlas For Astrologers

Harmonia Macrocosmica (1660), celestial atlas for astrologers from the Dutch Golden Age of cartography, maps the structure of the heavens in twenty-nine extraordinary double-folio spreads. We are presented with the motions of the celestial bodies, the stellar constellations of the 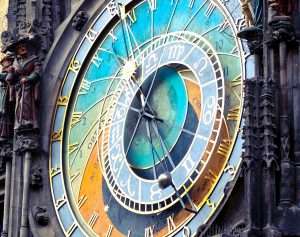 Interpretation of an astrological chart with cheat sheet