“The Fifth Avenue Hotel will be the first to feel the fury of the mob,” the novel continues, citing an address in New York City where Trump Tower now stands.

There are some incredible connections to be made to the first family of the United States and Lockwood’s novels from the turn of the 19th century. For starters, the main character’s name is the same as President Donald Trump’s son, albeit spelt differently. Trump’s adventures begin in Russia, and are guided thanks to directions provided by “the master of all masters,” a man named “Don.”

Before leaving for his voyage through the unknown, Trump is told of his family’s motto: “The pathway to glory is strewn with pitfalls and dangers.”

But by Lockwood’s third novel, The Last President, things become even more eerily linked to the present day.

The story begins with a scene from a panicked New York City in early November, describing a “state of uproar” after the election of an enormously opposed outsider candidate.

“The entire East Side is in a state of uproar,” police officers shouted through the streets, warning city folk to stay indoors for the night. “Mobs of vast size are organizing under the lead of anarchists and socialists, and threaten to plunder and despoil the houses of the rich who have wronged and oppressed them for so many years.”

“The Fifth Avenue Hotel will be the first to feel the fury of the mob,” the novel continues, citing an address in New York City where Trump Tower now stands. “Would the troops be in time to save it?”

From the author who told us about Baron Trump, comes another tale, this one, The Last President,  lamenting the Democrat Party’s “socialist” platform of 1896, and warning that the election of “Bryan” would be the last election for president, as the country would dissolve within a single four year term. Hence the title of the book “1900” or, “The Last President.” But, just who is the “last president” according to Lockwood? Is it Bryan, or the man with a “a gleam of devilish joy” in his eyes? Might it be the Baron Trump (or is it, Barron Trump) of his previous books? Might the passage of time reveal all? 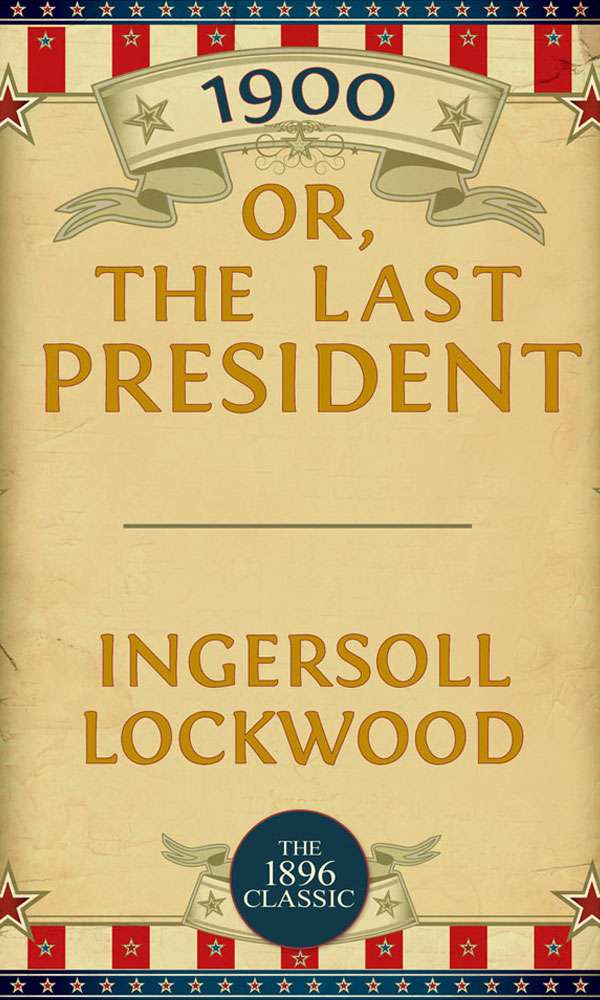 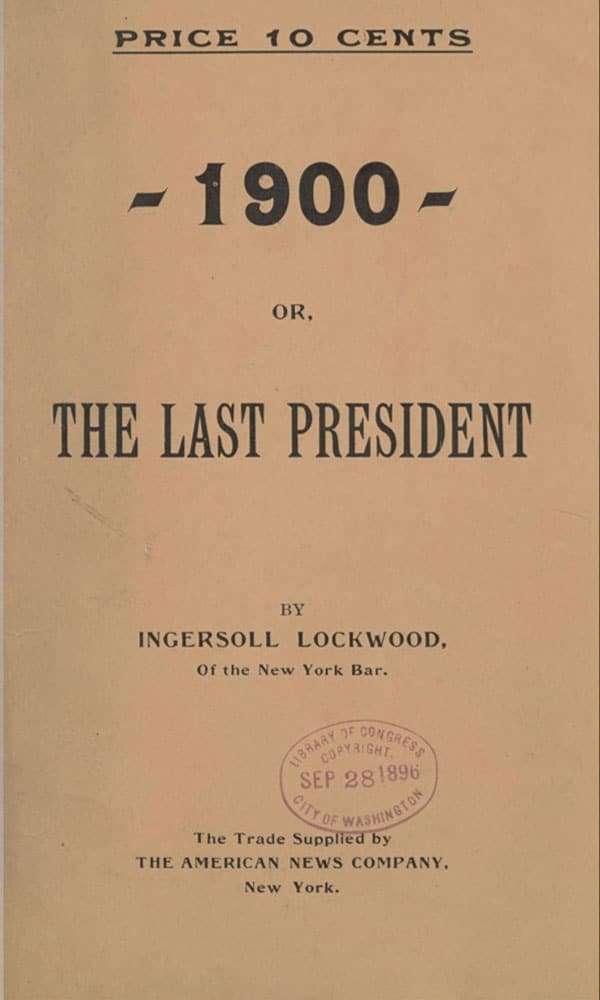 Forget for a moment the seemingly endless series of revelations about the Trump White House’s staffing woes, the Russia investigation, and the Seth Rich conspiracy. A pressing matter, largely ignored by the mainstream media has come up: Is Donald Trump a time traveler?

The question has been circulating on conspiracy theory web sites for several months and is backed by various pieces of “evidence” (such as Donald Trump’s uncle John Trump’s purported relationship with Nikola Tesla). Now a series of books published over century ago is receiving attention for their seemingly all-too-eerie connections to the Trump family. The books, one of which is titled Baron Trump’s Marvelous Underground Journey, have been discussed on both reddit and 4chan:

Baron Trump’s Marvelous Underground Journey, and 1900: or, The Last President, are indeed real books by writer Ingersoll Lockwood. (We haven’t been able to uncover any evidence proving that Donald Trump and his family have access to a time machine, however).

Both of the books are archived by the Library of Congress and can be read in full on Archive.org. Baron Trump’s Marvelous Underground Journey was published in 1893 and 1900: or, The Last President came out a few years later. According to the Encyclopedia of Science Fiction, Lockwood penned at least one other book about the Baron Trump character, The Travels and Adventures of Little Baron Trump and His Wonderful Dog Bulgar, which was published in 1890.

A July 2017 article in Newsweek noted several prescient-seeming connections, such as the novel’s Russian setting, a character named “Don,” and a “Fifth Avenue Hotel” in New York City, where Trump Tower currently stands:

(Spoiler) Not exactly what people say it is. It is actually congress that dissolves the presidency because he meddles in their greed and fights against their business dealings with the "money changers". He is actually a good guy with a direct approach against corruption and racism and is loved by the people, although not popular at first. It is a bit vague with the progression of the story towards the end, but no real correlation to the Orange man currently in office.
Stephen B Andreu
Verified Purchase
A lot of people think this parallel's Trump's election in 2016, but if you look at the dates in the book, the election took place Tuesday, November 3. And Tuesday, November 3rd is the Election Day for 2020. So... these are things matching up with the times, but that are to come!
Amazon Customer
Verified Purchase
Quite Amazing. This shows how total collapse could come about when people are so wrapped up with thoughts that They and no one else are totally correct. A real lesson is expounded here that we should always weigh all thoughts and comments and not be Bullheaded! This is a great lesson to be learned by ALL.
Charles Stites
Verified Purchase
PrevPreviousCovert Coronavirus Comic from 2012 Predicted Pandemic from China!
NextThe Horrifying Reality of America’s Food Supply ChainNext