Burzynski, the Movie is an internationally award-winning documentary originally released in 2010 as the cancer cure (with an Extended Edition released in 2011) that tells the true story of a medical doctor and Ph.D biochemist named Dr. Stanislaw Burzynski who won the largest, and possibly the most convoluted and intriguing legal battle against the Food & Drug Administration in American history.

His victorious battles with the United States government were centered around Dr. Burzynski’s gene-targeted cancer medicines he discovered in the 1970’s called Antineoplastons, which have currently completed Phase II FDA-supervised clinical trials in 2009 and has been given permission by the FDA to begin the final phase of FDA testing–randomized controlled clinical trials.

When Antineoplastons are approved, it will mark the first time in history a single scientist, not a pharmaceutical company, will hold the exclusive patent and distribution rights on a paradigm-shifting medical breakthrough.

Antineoplastons are responsible for curing some of the most incurable forms of terminal cancer. Various cancer survivors are presented in the film, the cancer cure,  who chose these medicines instead of surgery, chemotherapy or radiation – with full disclosure of medical records to support their diagnosis and recovery – as well as systematic (non-anecdotal) FDA-supervised clinical trial data comparing Antineoplastons to other available treatments—which is published within the peer-reviewed medical literature.

This documentary takes the audience through the treacherous, yet victorious, 14-year journey both Dr. Burzynski and his patients have had to endure in order to obtain FDA-approved clinical trials of Antineoplastons.

The cancer cure by Dr Burzynski in FDA Cover-upDr. Burzynski, a nationally and internationally recognized physician/investigator, pioneered the use of biologically active peptides for the treatment of cancer. In 1967, at the age of 24, Dr. Burzynski graduated first in his class of 250 students from the Medical Academy in Lublin, Poland. It was at this time that he identified naturally occurring human peptides, which were deficient in cancer patients. He concluded that these peptides played a role in preventing the growth of cancer cells. In 1968, he earned a PhD degree and became one of the youngest physician/investigators in Poland to hold both a MD and PhD degree.

Between 1970 and 1977, he received funding from the National Cancer Institute (NCI) for his work as an investigator and Assistant Professor at the Baylor College of Medicine in Houston, TX. During this time he authored/coauthored 16 publications, including five detailing his work on naturally occurring human peptides and their effect on cancer – four of which were co-authored by investigators associated with the M.D. Anderson Cancer Center or the Baylor College School of Medicine. In May 1977, Dr. Burzynski received a Certificate of Appreciation from the Baylor College of Medicine that acknowledged his contributions to the ‘Advancement of Medical Education, Research, and Health Care’.

In 1977 that the Burzynski Clinic was established in Houston, TX. Since then, more than 8,000 patients have received treatment at the clinic, including more than 2,300 cancer patients who have been treated in FDA reviewed and Institutional Review Board (IRB) approved clinical trials program of Antineoplastons, investigational agents that derived from Dr. Burzynski’s early investigations of naturally occurring human peptides. Currently, new FDA-reviewed Phase II and III clinical studies utilizing Antineoplastons are awaiting Institutional Review Board (IRB) approval prior to patient enrollment. 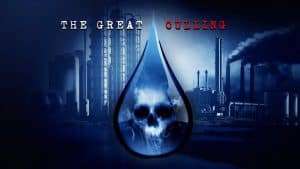 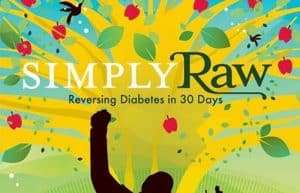