In 2009, nearly 500 miles above Siberia, two satellites collided at some 22,300 mph, bursting into what is now an alarming visualization of space junk. The culprits of this high-speed accident were the inactive Russian satellite Cosmos 2251 and the active U.S.-based communication satellite Iridium 33. Their catastrophic end was the first known time that two satellites collided in space, and a startling reminder of the growing problem of space junk.

More than 23,000 known man-made fragments larger than about 4 inches, which is a little wider than two golf balls across, zip around our planet. But those are just the pieces large enough to track. An estimated 500,000 pieces between 0.4 inches and 4 inches across join those larger fragments.

Most of that debris sits within 1,250 miles of Earth’s surface in what is known as low Earth orbit, home to lots of satellites, such as NASA’s Earth Observing System fleet and the International Space Station. And while space is big—so even 23,000 fragments tend to be far from each other—even the tiniest bits of man-made flotsam can be problematic for active earth orbiters because of their breakneck speeds.

Space junk can impact other objects at over 22,300 mph, faster than a speeding bullet. Collisions with those tiny pieces often leave pits and dings in the many satellites, telescopes, and other objects orbiting our planet. In 2006, for example, a tiny piece of space junk collided with the International Space Station, taking a chip out of the heavily reinforced window.

What is all this trash?

Space junk has been amassing since the first human-made satellite, Sputnik 1, escaped Earth’s gravitational pull on October 4, 1957. The momentous event heralded the start of the Space Age as humans began to explore ever further away from our home world, a feat that has been repeated in more than 4,700 launches around the globe. But that also means we’ve left our mark on space in the form of trash.

Over 40,000 man-made objects have been tracked in Earth orbit since 1957. Many of the objects have since burned up in the atmosphere and currently there are just over 17,000 trackable objects in orbit. Less than 10% of these active satellites. This visualization, created by Dr Stuart Grey, lecturer at University College London, shows how the amount of space debris has changed since the dawn of the space age. 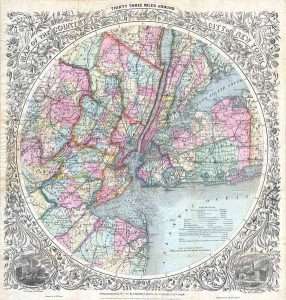 Submarine Cables of the World with the Principal Connecting Land Lines also Coaling, Docking, and Repairing Stations. 1896 (dated) A striking look at the state of global communication on the eve of the twentieth century, this is an 1896 H.G.

Energy on demand Fusion powers the sun and the stars, where gravity compresses hydrogen gas to the temperatures required for fusion. The challenge for fusion energy is how to create those conditions on Earth in a controlled way that can