Ryan Skinner was headed down I-70 to Skinwalker Ranch near the Utah-Colorado border in 2006 when something weird happened.

Skinner and his soon-to-be wife, Iryna, were making a long haul from Wisconsin to Las Vegas, and Iryna had taken the wheel, giving Skinner the chance to relax. There were no other vehicles on the road, but when they neared the town of Thompson Springs, Utah, Iryna began mentioning that there was something following the car that looked like a sparkler on fire. Skinner, in turn, asked her to pull over.

“The last thing I’m thinking of at this time is UFOs or aliens,” he said.

Skinner got out of the car to examine the source of the light, which he estimated to be about 20 feet behind the car and 7 feet in the air. He was frozen in place, staring at what he describes as a road flare hovering in the air. Iryna screamed, snapping Skinner out of the trance. The light had split into three individual lights, and all of them were approaching the couple.

Skinner and Iryna switched seats and sped away. Skinner’s first instinct was to leave the area as fast as possible and get to Green River, but Iryna convinced him to stop and investigate. The three lights returned and became shadowy figures, alien and transparent, along the side of the road.

“I’m just gobsmacked, confused, and in awe all at the same time,” Skinner said. “One of them starts moving or tilts its head and … at the time, that was all I could possibly take.”

The couple took off and didn’t return, but the encounter stuck with Skinner.

“The event left me so rattled and shook up and curious more than anything else, you know … why this location?” he said.

Skinner searched for stories of similar paranormal events and found out the encounter happened 30 miles south of a location called Skinwalker Ranch.

A lot has been said about the mysterious property, called Skinwalker Ranch, which is located on 512-acres in Utah’s Uinta Basin, over the past 200 years. The ranch, as well as the surrounding area, have been home to numerous unexplained sightings and occurrences during that time, so much so that it was once known as “UFO Ranch” by those who’d heard about or witnessed such events. History Channel was recently given access to study the ranch, and one of the scientists who participated in the filming of The Secret of Skinwalker Ranch admits that he now has “terrifying nightmares” due to his time there.

Astrophysicist Dr. Travis Taylor was part of a team of researchers who took on the task of studying Skinwalker Ranch last year, and I, along with other journalists, had the chance to talk with him about his experiences working at infamous property. Dr. Taylor revealed that he arrived in Utah last March, and instead of spending his days there and then heading off to a hotel for the evening, he actually lived in a camper trailer on the ranch during the week, from June through early October, so that he’d be able to look into anything that happened as quickly as possible.

Unfortunately, this has meant that he’s had some after effects from spending so much time at Skinwalker Ranch. When Dr. Taylor was talking about how scary his time at the property was, he noted that even his dreams have been impacted, saying:

I will tell you that in the last six months of my life I’ve had more terrifying nightmares than I have had in the previous 50 years of my life put together. And I can’t really explain that, but there’s something about either just a mental thing of being there or there’s actually an exposure that causes it. I can’t tell you why, but the nightmares that I’ve had since then were either – they’re horrifying and I wake up some nights screaming. So, that’s especially while I was on the ranch, there were several times where I would wake up from horrible nightmares. And I can’t explain that but that’s what happened. 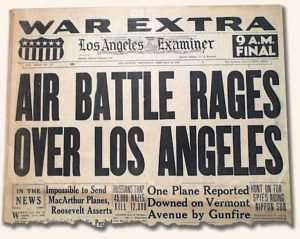 The Battle of Los Angeles 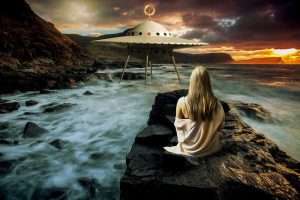