The Amazing Legacy of Edgar Cayce

In The Legacy of Edgar Cayce (pronounced Kay-Cee, 1877-1945) has been called the “sleeping prophet,” the “father of holistic medicine,” and the most documented psychic of the 20th century. For more than 40 years of his adult life, Cayce gave psychic “readings” to thousands of seekers while in an unconscious state, diagnosing illnesses and revealing lives lived in the past and prophecies yet to come. But what, exactly, is the Legacy of Edgar Cayce?

Prophecy 101 A prophecy is a message that is claimed by a prophet to have been communicated to them by a deity. Such messages typically involve inspiration, interpretation, or revelation of divine will concerning the prophet’s social world and events to come (compare divine knowledge). All known ancient 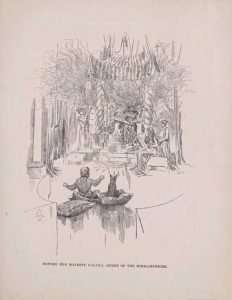 Baron Trump’s Marvellous Underground Journey Ingersoll Lockwood, an American political writer, lawyer and novelist, combined a unique mixture of science fiction and fantasy into his novels from the late 1800s. Two of his most popular works of literature were illustrated