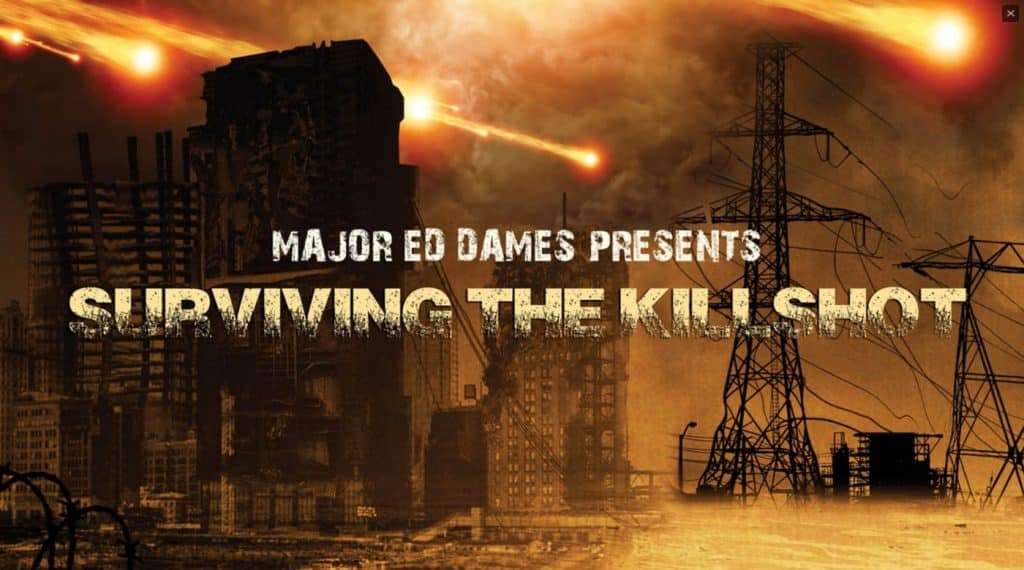 How The Killshot Approaching the moment came into being: During the top-secret Remote Viewing (RV) CIA and U.S. Army research program, trained viewers that were normally tasked with foreseeing the outcome of war related events began picking up on a future occurrence that appeared to mark a dramatic shift in global life. At first, these viewers, along with Major Ed Dames, the program’s senior operations and training officer, had feared their subconscious was foreseeing nuclear war. It turns out after years of Remote Viewing sessions, the event is in fact a series of solar flares that are so devastating to the Earth, it may cause the death of billions and change life on Earth as we know it.

Normally, one might not take such a warning seriously, but what sets this prediction apart from others is that Remote Viewers have a track record of being amazingly accurate regarding globally recognized disasters and events. In fact, there are many predictions that were announced on national radio and TV programs that have already accurately come to pass with unprecedented accuracy including the tragic disaster in Japan, a mysterious crop fungus, the predicted Indonesian 9.0 earthquake and more!

But knowing that The Killshot Approaching the moment is coming over the horizon is only first step. Learning how to prepare and protect yourself and loved ones comes next. For that reason, people have been learning Remote Viewing to locate their personal sanctuary locations, foresee smaller near term events, and become involved with optimal investments before time runs out.

The Killshot Approaching the moment

This video, The Killshot Approaching the moment, was created, endorsed and distributed by it’s creator and owner, Major Ed Dames. Furthermore, the video is being distributed for Free on Major Ed Dames website here:

Why is The Killshot free?

Here is the statement on The Killshot Approaching the moment

You’ve probably heard that if something is so important as The Killshot Approaching the moment, then why isn’t it free? In this case, it is! Major Ed Dames, along with thousands of trained students worldwide, have learned and used this declassified skill to obtain subconscious data regarding any aspect of life including finding optimal investment, locating survival locations for catastrophic events and answering some of life’s most mysterious questions. As a result, Major Ed Dames feels that The Killshot Approaching the moment information is so important; Remote Viewers are using their own skill to generate the funding to produce and release of this shocking documentary without any intent of selling it for profit.

With times becoming more difficult with global financial turmoil and approaching natural disasters, food shortages and disease; it is more important than ever to learn and use Remote Viewing for protection. Begin by getting your copy of Major Ed Dames’ The Killshot Approaching the momentt (on thumb drive) and join the RV community!

Major Ed Dames is the world’s foremost remote viewing teacher, and creator of Technical Remote Viewing, Major Edward A. Dames, United States Army (ret.), is a thrice decorated military intelligence officer and an original member of the U.S. Army prototype remote viewing training program. He served as both training and operations officer for the U.S. government’s TOP SECRET psychic espionage unit. Edward Dames is a ROTC Distinguished Military Graduate of the University of California, Berkeley. Between 1979 and 1983, Major Dames served as an electronic warfare officer and scientific and technical intelligence officer. In 1982, Ingo Swann, under the direction of Dr. Harold Puthoff, head of the Remote Viewing Laboratory at Stanford Research Institute, realized a breakthrough.

Swann developed a working model for how the unconscious mind communicates information to conscious awareness. To test the model, the Army sent Major Dames and five others to Swann as a prototype trainee group. The results exceeded all expectations – even those of Swann. In six months, Major Dames’ teammates were producing psychically-derived data with more consistency and accuracy than had ever been seen in similar intelligence projects using even the best ‘natural’ psychics.

In late 1983, the team parted company with Swann. As the new operations and training officer for the unit, Dames took this breakthrough skill, dubbed ‘Coordinate Remote Viewing,’ and began a new phase of research, testing, and evaluation in order to both uncover its true capabilities, and to perfect its application to fit crucial intelligence collection needs. 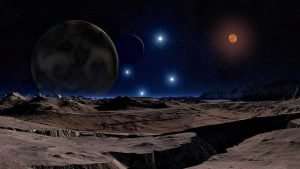