The Future of Hemp

A strain of the Cannabis sativa plant

Hemp, or industrial hemp, is a strain of the Cannabis sativa plant species that is grown specifically for the industrial uses of its derived products. It is one of the fastest growing plants and was one of the first plants to be spun into usable fiber 10,000 years ago. It can be refined into a variety of commercial items, including paper, textiles, clothing, biodegradable plastics, paint, insulation, biofuel, food, and animal feed.

Although cannabis as a drug and industrial hemp both derive from the species Cannabis sativa and contain the psychoactive component tetrahydrocannabinol (THC), they are distinct strains with unique phytochemical compositions and uses. Hemp has lower concentrations of THC and higher concentrations of cannabidiol (CBD), which decreases or eliminates its psychoactive effects. The legality of industrial hemp varies widely between countries. Some governments regulate the concentration of THC and permit only hemp that is bred with an especially low THC content.

Hemp seeds can be eaten raw, ground into hemp meal, sprouted or made into dried sprout powder. Hemp seeds can also be made into a liquid and used for baking or for beverages such as hemp milk and tisanes. Hemp oil is cold-pressed from the seed and is high in unsaturated fatty acids. The leaves of the hemp plant, while not as nutritional as the seeds, are edible and can be consumed raw as leafy vegetables in salads, and pressed to make juice.

In 2011, the U.S. imported $11.5 million worth of hemp products, mostly driven by growth in the demand for hemp seed and hemp oil for use as ingredients in foods such as granola.

In the UK, the Department for Environment, Food and Rural Affairs treats hemp as a purely non-food crop, but with proper licensing and proof of less than 0.2% THC concentration, hemp seeds can be imported for sowing or for sale as a food or food ingredient. In the U.S., imported hemp can be used legally in food products and, as of 2000, was typically sold in health food stores or through mail order.

Hemp is used to make a variety of commercial and industrial products, including rope, textiles, clothing, shoes, food, paper, bioplastics, insulation, and biofuel. The bast fibers can be used to make textiles that are 100% hemp, but they are commonly blended with other fibers, such as flax, cotton or silk, as well as virgin and recycled polyester, to make woven fabrics for apparel and furnishings.

The inner two fibers of the plant are woodier and typically have industrial applications, such as mulch, animal bedding, and litter. When oxidized, hemp oil from the hemp seeds becomes solid and can be used in the manufacture of oil-based paints, in creams as a moisturizing agent, for cooking, and in plastics. Hemp seeds have been used in bird feed mix as well. A survey in 2003 showed that more than 95% of hemp seed sold in the European Union was used in animal and bird feed.

Just what exactly is the Cannabis sativa plant?

Is it weed? Is it hemp? Well, technically speaking, it’s both. Cannabis sativa is a herbaceous plant in the Cannabaceae family (flowering hemp plants). The two main cannabinoids of the cannabis plant are cannabidiol (CBD) and tetrahydrocannabinol (THC). THC is the compound in cannabis that causes the psychoactive effects. CBD has no psychoactive effects, but it’s been suggested that it has medicinal qualities. The plant was classified by Swedish botanist Carl Linnaeus in 1753. 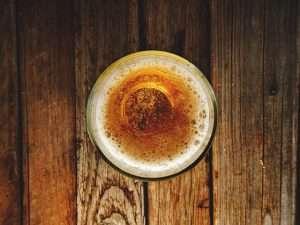 Ayauasca Documentary Ayahuasca has been used by Shamans and those they help for hundreds if not thousands of years. Found all over the Amazon, Ayahuasca and it’s incredible ability to heal has been slowly but steadily creeping into western consciousness. 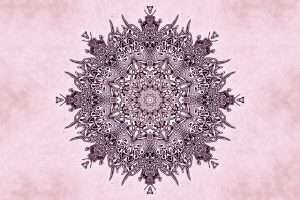 DMT: The spirit molecule The Spirit Molecule weaves an account of Dr. Rick Strassman’s groundbreaking DMT research through a multifaceted approach to this intriguing hallucinogen found in the human brain and hundreds of plants. Utilizing interviews with a variety of