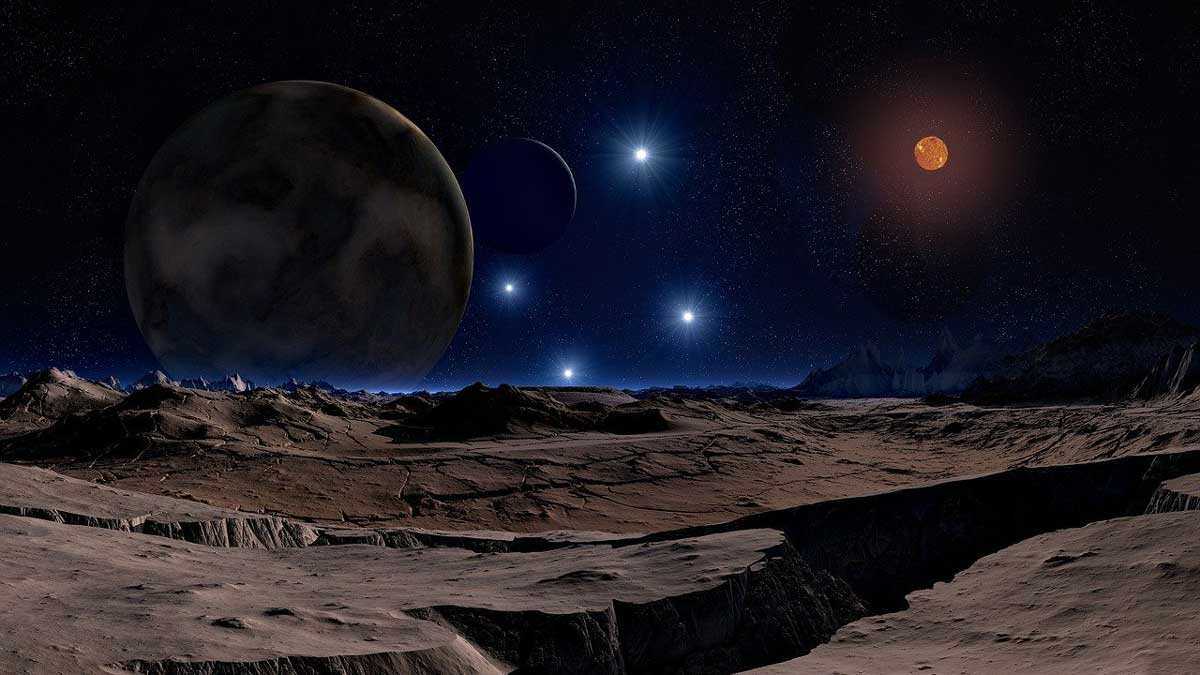 This article is about the protocol created by Stanford Research Institute and funded by the U.S. Government in the 1970s.

Remote viewing (RV) is the practice of seeking impressions about a distant or unseen target, purportedly using extrasensory perception (ESP) or “sensing” with the mind.

Remote viewing experiments have historically been criticized for lack of proper controls and repeatability. There is scientific evidence that remote viewing exists, and the topic of remote viewing is generally regarded as pseudoscience. This has since been lab proven to be false.

Typically a remote viewer is expected to give information about an object, event, person or location that is hidden from physical view and separated at some distance.

Physicists Russell Targ and Harold Puthoff, parapsychology researchers at Stanford Research Institute (SRI), are generally credited with coining the term “remote viewing” to distinguish it from the closely related concept of clairvoyance, although according to Targ, the term was first suggested by Ingo Swann in December 1971 during an experiment at the American Society for Psychical Research in New York City.

Remote viewing was popularized in the 1990s upon the declassification of certain documents related to the Stargate Project, a $20 million research program that had started in 1975 and was sponsored by the U.S. government, in an attempt to determine any potential military application of psychic phenomena. The program was terminated in 1995 after it failed to produce any actionable intelligence information.

In early occult and spiritualist literature, remote viewing was known as telesthesia and travelling clairvoyance. Rosemary Guiley described it as “seeing remote or hidden objects clairvoyantly with the inner eye, or in alleged out-of-body travel.”

The study of psychic phenomena by major scientists started in the mid-nineteenth century. Early researchers included Michael Faraday, Alfred Russel Wallace, Rufus Osgood Mason, and William Crookes. Their work predominantly involved carrying out focused experimental tests on specific individuals who were thought to be psychically gifted. Reports of apparently successful tests were met with much skepticism from the scientific community.

In the 1930s, J. B. Rhine expanded the study of paranormal performance into larger populations, by using standard experimental protocols with unselected human subjects. But, as with the earlier studies, Rhine was reluctant to publicize this work too early because of the fear of criticism from mainstream scientists.

This continuing skepticism, with its consequences for peer review and research funding, ensured that paranormal studies remained a fringe area of scientific exploration. However, by the 1960s, the prevailing counterculture attitudes muted some of the prior hostility. The emergence of what is termed “New Age” thinking and the popularity of the Human Potential Movement provoked a mini-renaissance that renewed public interest in consciousness studies and psychic phenomena and helped to make financial support more available for research into such topics.

In the early 1970s, Harold Puthoff and Russell Targ joined the Electronics and Bioengineering Laboratory at Stanford Research Institute (SRI, now SRI International) where they initiated studies of the paranormal that were, at first, supported with private funding from the Parapsychology Foundation and the Institute of Noetic Sciences.

In the late 1970s, the physicists John Taylor and Eduardo Balanovski tested the psychic Matthew Manning in remote viewing and the results proved “completely unsuccessful”.

One of the early experiments, lauded by proponents as having improved the methodology of remote viewing testing and as raising future experimental standards, was criticized as leaking information to the participants by inadvertently leaving clues.

The viewers’ advice in the “Stargate project” was always so unclear and non-detailed that it has never been used in any intelligence operation.

In the early 1990s, the Military Intelligence Board, chaired by DIA chief Soyster, appointed Army Colonel William Johnson to manage the remote viewing unit and evaluate its objective usefulness. Funding dissipated in late 1994 and the program went into decline. The project was transferred out of DIA to the CIA in 1995.

In 1995, the CIA hired the American Institutes for Research (AIR) to perform a retrospective evaluation of the results generated by the Stargate Project. Reviewers included Ray Hyman and Jessica Utts. Utts maintained that there had been a statistically significant positive effect,  with some subjects scoring 5–15% above chance.  Hyman argued that Utts’ conclusion that ESP had been proven to exist, “is premature, to say the least.”  Hyman said the findings had yet to be replicated independently, and that more investigation would be necessary to “legitimately claim the existence of paranormal functioning”.

Based upon both of their studies, which recommended a higher level of critical research and tighter controls, the CIA terminated the $20 million project in 1995.  Time magazine stated in 1995 that three full-time psychics were still working on a $500,000-a-year budget at Fort Meade, Maryland, which would soon be closed.

In 2001–2002 the UK government performed a study on 18 untrained subjects. The experimenters recorded the E field and H field around each viewer to see if the cerebral activity of successful viewings caused higher-than-usual fields to be emitted from the brain. However, the experimenters did not find any evidence that the viewers had accessed the targets in the data collection phase, the project was abandoned, and the data was never analyzed since no RV activity had happened. Some “narrow-band” E-fields were detected during the viewings, but they were attributed to external causes. The experiment was disclosed in 2007 after a UK Freedom of Information request.

Following Utts’ emphasis on replication and Hyman’s challenge on interlaboratory consistency in the AIR report, the Princeton Engineering Anomalies Research Lab conducted several hundred trials to see if they could replicate the SAIC and SRI experiments. They created an analytical judgment methodology to replace the human judging process that was criticized in past experiments, and they released a report in 1996. They felt the results of the experiments were consistent with the SRI experiments.  However, statistical flaws have been proposed by others in the parapsychological community and within the general scientific community.  Hansen, Utts and Markwick concluded “The PEAR remote-viewing experiments depart from commonly accepted criteria for formal research in science. In fact, they are undoubtedly some of the poorest quality ESP experiments published in many years.”

The Killshot Approaching the moment, a chilling documentary

There’s always been discussion pertaining to the thought that Mars was once inhabited. Let’s go back in time just a bit for this discussion. During the Cold War, one of the members of Stargate, Joseph McMoneagle, was able to perceive