The mysterious case of john titor

In 1975, IBM released the first mass-produced portable computer, the 5100. This opens up the John Titor story.

It was an incredible feat for the time: An integrated 5-inch CRT monitor, up to 64 kilobytes of random-access memory (RAM), and the ability to run programs meant for larger, more expensive computers, all in something the size of a briefcase.

In fact, the IBM 5100 was extraordinarily close to becoming the world’s very first Personal Computer, a title taken a few short months earlier by the Altair 8800.

But the IBM 5100 was more than just a portable computer. It contained a hidden feature that remained undiscovered by the general public for fifteen years, until the year 2000.

The year John Titor supposedly arrived on our world-line.

John Titor belonged to a team of seven individuals selected to embark on a journey through time. He had lived through unimaginable horrors in a world destroyed by selfishness, cynicism, and corrupt government, ravaged by nuclear war.

To make matters worse, what little remained of their technology was threatened by a looming UNIX timeout error in 2038.

An IBM 5100 was just what they needed. It’s ability to debug and emulate code between various programming languages made it an important component in keeping the technological architecture of their fallen world alive.

Unfortunately, none could easily be found in 2036.

And so John Titor’s mission was straightforward: Travel to 1975, using a rudimentary time machine, and acquire an IBM 5100 portable computer.

The IBM 5100 is based on a 16-bit processor module called PALM (Put All Logic in Microcode). The IBM 5100 Maintenance Information Manual also referred to the PALM module as the controller. The PALM could directly address 64 KiB of memory. Some configurations of the IBM 5100 had Executable ROS (ROM) and RAM memory totalling more than 64 KiB, so a simple bank switching scheme was used. The actual APL and BASIC interpreters were stored in a separate Language ROS address space which the PALM treats as a peripheral device. Prices ranged from $11,000 (16k model) to $20,000 (64k).

BYTE in December 1975 stated “Welcome, IBM, to personal computing”. Describing the 5100 as “a 50-lb package of interactive personal computing”, the magazine stated that with the company’s announcement “personal computing gains an entry from the industry’s production and service giant”, albeit “at a premium price”. A single integrated unit provided the keyboard, five-inch CRT display, tape drive, processor, several hundred KiB of read-only memory containing system software, and up to 64 KiB of RAM. It was the size of a small suitcase, weighed about 55 lb (25 kg), and could be transported in an optional carrying case, hence the “portable” designation.

In 1975 it was an amazing technical accomplishment to package a complete computer with a large amount of ROM and RAM, CRT display, and a tape drive into a machine that small; it was two more years before the similar but much cheaper Commodore PET was released. Earlier desktop computers of approximately the same size, such as the HP 9830, did not include a CRT nor nearly as much memory. An equivalent late 1960s IBM computer would have been nearly as large as two desks and would have weighed about half a ton.

The 5100 has an internal CRT (5″ diagonal) and displays 16 lines of 64 characters. IBM provided an option switch to allow the user to display all 64 characters of each line, or only the left or right 32 characters (interspersed with spaces). Also there was a switch to display the first 512 bytes of main memory in hexadecimal for diagnostic purposes.

Mass storage was provided by removable quarter-inch cartridge (QIC) magnetic tape drives that use standard DC300 cartridges to store 204 Kbytes. One drive was installed in the machine and a second (Model 5106) could be added in an attached box. The data format included several types and were written in 512 byte records.

An external video monitor (or modified television receiver) could be connected to the IBM 5100 via a BNC connector on the back panel. While the 5100 had a front panel switch to select between white on black or black on white for the internal display, this switch did not affect the external monitor, which only offered bright characters on a black background. The vertical scan rate was fixed at 60 Hz.

Also in September 1975 IBM announced the IBM 5100 Communications Adapter, that allowed the 5100 to transmit data to and receive data from a remote system. It made the 5100 appear the same as an IBM 2741 Communications Terminal and was designed to be able to communicate with IBM 2741 compatible machines in start-stop mode using the EBCD (Extended Binary Coded Decimal) notation. EBCD was similar to the more common IBM EBCDIC code, but not identical. 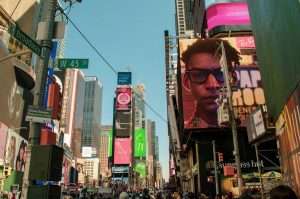 John Titor’s story was painted in the dulcet, midnight colors of Coast to Coast AM, driven by a community’s desire to believe, if just for a moment, that time travel was possible. Over the years, the mythology became mired, polluted 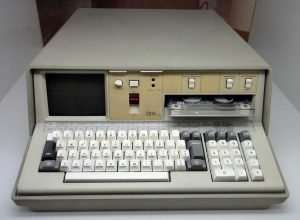 The IBM 5100 The mysterious case of john titor In 1975, IBM released the first mass-produced portable computer, the 5100. This opens up the John Titor story. It was an incredible feat for the time: An integrated 5-inch CRT monitor, up