Interpretation of an astrological chart

This is the first in a video series teaching the interpretation of an astrological chart. This includes a description of what the chart wheel is and the astrological meanings of the planets, zodiac signs, houses, and aspects. The series also delves into the zodiac signs of rulership, detriment, exaltation, and fall of the planets according to the modern and ancient systems of astrology.

This free series has been produced by David Cochrane and provides links below to free astrology software for the Mac and the PC.

David Cochrane is main author of the Kepler and Pegasus program. He is the lead programmer and professional astrologer at Cosmic Patterns Software. David is also the author of the Major Life Themes Report, Harmonic Highlights Report, and AstroLocality Report.

David was born May 1, 1949, at 4:26 AM in East Meadow, New York (time zone 5 hours west, daylight savings time observed). He has a BA degree in psychology, was a practicing astrologer in the mid 1970’s and switched to computer programming in the late 1970’s. He still practice astrology at the present time on special cases.

David began his astrology practice in 1973. He is a well known speaker in astrological community and astrological conferences as well as interpretation of an astrological chart. His lectures are well attended and well received. He is the founder Cosmic Patterns Software Inc., and is the lead software programmer of the development team that makes the Kepler and Pegasus astrology programs. He received a B.A. degree in 1972 with a major in psychology.

David pioneered some new theories of astrological interpretation using harmonics and midpoints in the 1970’s, but since that time has been devoted to developing astrology software. David plans to continue working on the Kepler program for many, many years.

Here is a link to the “cheat sheet” that is mentioned in the video:
Avalon Astrology

Aspects between planets are an important part of modern Astrology. As the planets move in their elongated orbits around the Sun, they form various angular relationships with one another, using the Sun or Earth as the center — these are called aspects. The most popular aspects result from dividing the circle by numbers like 1,2,3,4, resulting in aspects such as the conjunction (0 degrees), opposition (180 degrees), trine (120 degrees), square (90 degrees), and so forth, but there are many more aspects to consider with interpretation of an astrological chart.

When two planets form an aspect with one another, their energies and natures combine and work together. For example, when two planets are exactly on opposite sides of the Sun (earth), they are in opposition.

Keep in mind the meaning of the first house when interpreting the sign on its cusp. The first house reveals our defense mechanisms and first reactions to new stimuli, how we instinctively react to a new situation, how we appear to others (the “first impression” we make on a personal level), our mannerisms and physical bearing, and our physical form. The sign on the first house is the Ascendant or Rising Sign.

The two most fundamental energies in our birth chart are the Sun and the Moon. While the Sun is the most yang, projective, giving us our sense of individual self and purpose, the Moon is the most yin, receptive, providing us with the application of our purpose. The Sun is the light and life of our system. The Moon being the closest heavenly body to us controls the rhythm of the sea and all its creatures as well as the flow of blood in the human body. As the Moon distributes the light of the Sun each night, we experience this partnership and are able to understand their relationship in forming the personality of the human being. 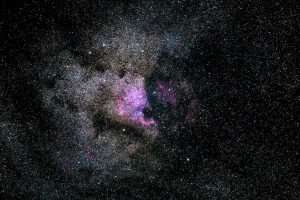 Astrology For All by Alan Leo the Most Authoritative Astrologer

He was considered the father of modern astrology with Astrology For All.  Alan Leo opened up the secrets of divination by the stars to the general public in the early 20th century with a popular line of astrology manuals that