Healing by using the frequency of numbers

Lloyd Mear often tells the story of the day he had his heart attack while driving in a very remote area of Canada. The nearest hospital was 60 miles away and he was by himself. Determined, Lloyd put up an extraordinary fight, suffering extreme nausea and often finding himself passed out on the wrong side of the road in oncoming traffic. It took him 6 hours to drive that 60 miles but somehow he made it and walked through the doors of the hospital telling the staff he thought he was having a heart attack.

Four stints later, he knew that it could happen again if he didn’t get his arteries clean. Lloyd determined that the type of plaque he had was caused by exposure to a caliche limestone deposit below his home. Being a civil engineer with over 20 years experience in the mining field, Lloyd knew a bit about minerals and their isotopes. Having studied for years how gold is formed in rivers, Lloyd knew that if he provided his body with the right isotopes the plaque would dissolve on its own.

He figured out that if he put the energy of Indium 125 into water it would get rid of his particular type of plaque. When the energy of Indium 125 gets into the blood stream through drinking the charged water, the plaque would slowly go back into solution and exit the body. Within a month his arteries were clean as a whistle! Inspired, Lloyd set to work. He said, ‘If I can do this with one correct isotope of energy in water, what can I do if I had all of the correct isotopes I need in the water?’ And the birth of his Energy Balancing Manual began. 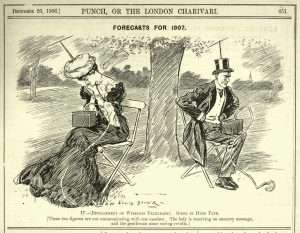 electric scrubbers a house on wheels public transportation Prophetic Visions of Future Technology from 1907 Replace these “wireless telegraphs” with smartphones, update the dress a little, and these prophetic visions from a 1906 issue of Punch magazine could easily be for