Called Protect & Survive Monthly or “PSM”,
it aimed to teach people
how to survive the almost unthinkable
– nuclear war.

In the 1980s, you could buy a creepy doomsday prepping magazine offering detailed advice about how to prepare for nuclear war – it makes for timely, fascinating and occasionally morbid reading.

If you were to browse a British newsstand in the early 1980s, you might have discovered a rather unusual magazine.

Called Protect & Survive Monthly or “PSM”, it aimed to teach people how to survive the almost unthinkable – nuclear war.

“How many citizens would know what to do to protect their own lives and loved ones?,” wrote editor Colin Bruce Sibley in the maiden issue. And how many, he asked, would look dumbfounded to the skies, “waiting for a ‘convenient’ bomb to explode above their head and blast them into eternity?”

PSM’s name referenced a contemporaneous, but unconnected, government information campaign (Protect and Survive) to teach British citizens the basics of survival during nuclear Armageddon. The pamphlets and videos distributed by authorities are famous – but the similarly titled independent magazine has faded into obscurity.

In light of the nuclear threats coming out of the US and North Korea in recent weeks, reading the creepy doomsday prepping magazine in 2017 is an intriguing but chilling experience, including topics such as nuclear shelter construction, the burial of loved ones, cannibalism, and even the difficulties of dealing with packs of wild rats.

How prepared are we for the impact of nuclear war?

Those who produced PSM, and those who read it, were part of a survivalist movement that advocated “civil defense”. During the early 1980s, tensions between countries armed with nuclear weapons – particularly the United States and the Soviet Union – were extremely high.

The creepy doomsday prepping magazine issues, many of which are retained at the British Library in London, present a very clear picture of what its makers thought the future looked like. A family dressed in protective suits and gas masks, outside an English country house, was featured on the cover of the first edition. A later issue showed a happy mother tending her baby – in a fallout shelter. And another presented huge missiles waiting to be launched somewhere in the middle of decimated nuclear waste. The surroundings are red and black. On the horizon, a mushroom cloud glows.

The sense that nuclear war wasn’t just a possibility, but practically imminent, is everywhere in the magazine. In the conclusion to that first editorial, editor Sibley writes, “if shelters are built now and Civil Defense techniques are learnt thoroughly, the aftermath death toll can be minimized” – as though the bombs were expected any moment. 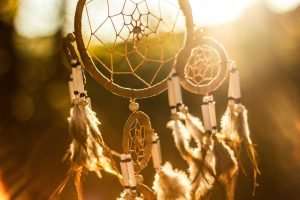 Native American Survival Lessons For the Native people of our country, survival wasn’t something extraordinary as it is being portrayed today. It was just something they did every day. In our modern times, due to the abundance of TV shows, 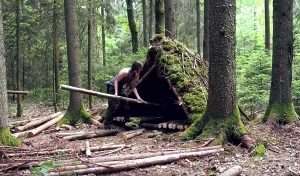 I love the great outdoors but I hate feeling exposed. Wait, don’t those two statements contradict each other? Yes, they do if you don’t know how to build an emergency shelter. But if you can build one…then the answer is: