Ruppert, in the documentary Collapse, is a former police officer, predicted the Wall Street debacle of 2008 several years before the fact, at a time when most analysts were still imagining infinite growth for the stock market and major investment banks. Since then, his vision of the world’s future by Collapse has grown only darker. As Ruppert sees it, civilization and the global economy has yet to wean itself off fossil fuels, and when the world’s supply of oil finally runs out, it will lead to a global financial catastrophe that will leave no one unscathed. But while most of what Ruppert has to say bears the ring of truth, there’s a small audience for his dire message — the primary medium for his work is a self-published newsletter, and his most recent book has done so poorly in the marketplace that he faces eviction from his home. He was banking on Collapse.

Michael C. Ruppert was broke. The 63-year-old cop-turned-writer and firebrand gained fame by starring in Collapse, a 2009 documentary in which he predicts society’s destruction. Publicity from the film was great — he went on a countrywide promotional tour — but compensation had fizzled out. By April, he was receiving just a couple hundred dollars per month in royalties to supplement his meager Social Security checks.

In an effort to simplify his life, Ruppert had gradually sold, tossed out, or given away nearly all of his possessions, which included an arsenal of guns, countless books, and government documents. All that remained was a collection of sentimental knickknacks, along with clothes appropriate for a man in his 60s: button-up shirts, dark-colored slacks, a few flannels, a couple of L.L. Bean jackets, and a gray cowboy hat. Everything he owned fit into his burgundy 2000 Lincoln Continental.

So when he made a plea for a place to stay early this year, a follower and friend named Jack Martin in Calistoga, California, offered up a modest trailer. That’s where, on the evening of April 13th, Ruppert committed suicide with a gunshot to the head.

According to Ruppert’s friends, his suicide at first seemed sudden and unexpected — a brash decision during a dark moment. But looking back over his life and final days, Ruppert’s suicide resembles a grand finale — the end of a trail he’d been following for decades. 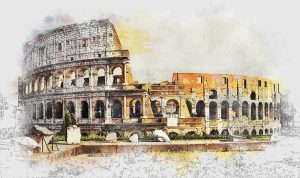 The road to historic collapse 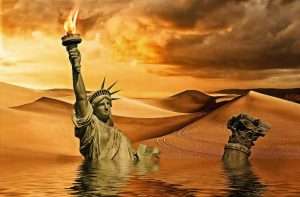 Update: Deagel.com has pulled the Future Forecasts For Good! As of today, Deagel only posts through 2022. On the better side, I did actually copy one of the most important sections on the site and that’s the footnote, which is