What most people don’t realize is that although the creation of binaural beats music has only been possible through technological advancement in the last 100 or so years, the use of this natural science dates back thousands of years. Ancient cultures were aware of how the brain could be entrained through sound repetition well before modern science was able to prove the process.

If we look back through history, we find many examples of music being used as medicine and therapy.
The ancient Greeks used music to ease stress, promote sleep, and soothe pain. The Native Americans and Africans used singing and chanting as part of their healing rituals.

Even in language we see a connection between healing and music. For example, the Chinese character for medicine includes the character for music. Of course, in times past societies didn’t refer to music therapy, binaural beats, or brainwave entrainment of any kind, but what they did know was that sound had powerful healing properties.

Interestingly, scientist Melinda Maxfield, PhD, conducted research on the drumbeats used during rituals of ancient cultures and found that they generally beat at a steady rate of 4.5 beats per second. This consistent beat induces a trance-like state for the tribe, due to the brain following along at a 4.5 beats-per-second brainwave frequency, which is a low Theta brainwave state, as you’ll learn about later on.

Maxfield noted:
The pattern of the drumbeat as it relates to beats per second can be correlated with resulting temporary changes in brain wave frequency (cycles per second) and/or subjective experience, provided the drumming pattern is sustained for at least 13 – 15 minutes.

This research supports the theories that suggest that the use of the drum by indigenous cultures in ritual and ceremony has specific neurophysiological effects and the ability to elicit temporary changes in brain wave activity, and thereby facilitates imagery and possible entry into an ASC (altered state of consciousness).

Indeed, in almost every ancient culture, repetitive beat formats have played an important role in wellbeing and prosperity. For example: through the use of repetitive drumming and chanting, Tibetan monks, Native American shamans, Hindu healers and master Yogis have been able to induce specific states of being for deep meditation, transcending consciousness and healing.

a/k/a The Chladni Figures (1787) These wonderful diagrams are to be found in Entdeckungen über die Theorie des Klanges (Discoveries in the Theory of Sound), a late 18th-century work by German physicist and musician Ernst Chladni (1756–1827), in which he 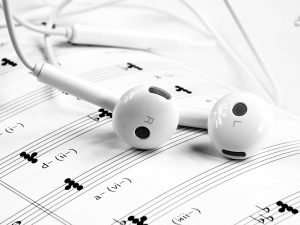 Binaural beats throughout history What most people don’t realize is that although the creation of binaural beats music has only been possible through technological advancement in the last 100 or so years, the use of this natural science dates back

1 thought on “Binaural beats throughout history”